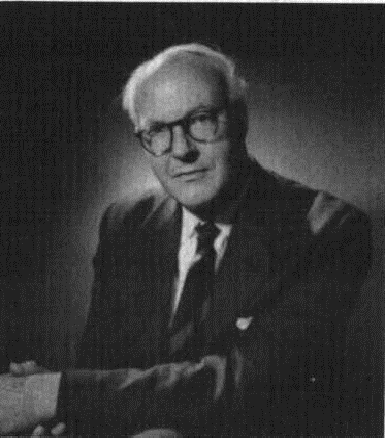 Sinclair succinctly sums up the issues:

“The deficiency of any nutrient which is essential for every tissue will eventually lead to abnormal function in every tissue. That is so incontrovertibly obvious that I am continually astonished by the eminence of the medical scientists to whom it must be forcefully restated.”

“The second is that when deprivation of an essential nutrient occurs, not all tissues will be simultaneously and equally affected, and not all individuals will react in the same way. Which tissue shows symptoms first will depend on the genetic inheritance of the individual and on his or her exposure to environmental factors and lifestyle events.“

‘One of the most remarkable men in England is Dr Hugh Sinclair, thebrilliance of whose lifetime work is now world-recognised’.

‘Hugh Sinclair is probably the most original, possibly the greatest, living dietetic scientist. He taught me that we should never take anything for granted, and to be open to every alternative explanation for a given set of facts’.

‘In 1956 Dr Hugh Sinclair proposed that degenerative diseases which are common in westernised countries are caused by lack of essential fats. Much scientific evidence has now been accumulated to support his theory’.

‘Eccentric, brilliant, and for many years utterly misunderstood, Hugh Sinclair is one of the great figures of twentieth century nutrition’.

As Founder and Director of the Oxford Nutrition Survey, Dr Hugh Sinclair helped to win the Second World War on the home front. As Founder and Director of the International Nutrition Foundation, he became the world leader in understanding the vital importance of essential fats to human health. Inspiration to generations of distinguished scientists, loyal friend, original thinker, his deep knowledge, sharp wit, great intellect, and brilliant writing and speaking, make him one of the great scientists of our time. A tribute edited by Dr Mary Gale and Dr Brian Lloyd.

Sinclair wrote a prescient post script to the Society’s publication of Sir Robert McCarrison’s Cantor lectures, which start on page 97. It underlines McCarrison’s veiw-point that ‘food’ so nutrition is central to health, including look at what we mean by food.

Sinclair was closely involved in examining the effect of wartime famine in European populations; he interestingly observes

“When persons have to subsist upon diets deficient in aliments they tend to adapt by decreasing their expenditure of energy. They do less work; they appear slothful, and avoid unnecessary exertion and even gestures. Their requirement of aliments is thus decreased and their weight does not necessarily fall.”

and reflecting on the importance of nutrition in pregnancy states:

“Several experiments have shown the importance of nutrition in child-bearing. For instance, a group of workers in Toronto supplemented the diet of ninety women attending an antenatal clinic with additional foods rich in nutrients; remained on their customary poor diet. The women on the poor diet had a worse record during the prenatal period and convalescence, and a longer duration of labour; fourteen infants died (seven from miscarriages and four were still-births), and all came from mothers on the poor diet. A poor diet early in life, when the brain is growing rapidly, may cause permanent mental damage, as in kwashiorkor. Diet has a profound effect upon the rate of growth of children, particularly during adolescence when the dietary requirements are especially high. An interesting point is that in general improved nutrition hastens growth and maturity without necessarily affecting adult size; therefore a child of a given age tends to be larger if properly fed than if poorly fed. Work with lower animals has shown that if they are overfed when young they grow quicker, mature earlier and die earlier. A characteristic of the human genus is the long time taken to reach maturity, and perhaps there is a danger of unduly stimulating the process by excessive consumption of food in childhood”
On western disease he observes:
” Western diseases are rare in developing countries and Japan and were almost unknown amongst Eskimos and Hunzas on their traditional diet. They include most forms of cancer (especially of lung, breast, colon, rectum and prostate), atherosclerosis and ischaemic heart disease, deep vein thrombosis, pulmonary embolism and infarction, varicose veins, haemorrhoids, essential hypertension, cerebrovascular disease (which is common in Japan), multiple sclerosis, schizophrenia, diabetes mellitus, dental caries, peptic ulcer, appendicitis, ulcerative colitis, Crohn’s disease, diverticulitis, gall-stones, renal stones, pre-eclampsia, acne vulgaris, eczema, asthma, rheumatoid arthritis, osteoporosis and slipped discs“
On the importance of diet at a national level he writes

“That this world problem of nutrition is now tackled on an international  scale is the result of the researches and preaching of men like Sir Robert. Freedom from want was the third point in the Atlantic Charter, and at the Hot Springs Conference in 1943 the seed was sown that developed into the Food and Agriculture Organization of the United Nations with Lord Boyd-Orr as its first Director-General. We may conclude by quoting from the report of the Hot Springs Conference. ‘There is clear and convincing evidence of the association between faulty diet and ill-health. The ill effects of not eating enough of the right kind of food are manifold. In the first place, malnutrition leads to impaired vigour and lowered vitality, so that its victims cannot fully play their part as active and useful citizens.

Secondly, the incidence of disease in general and the mortality rate among infants, young children, women in the child-bearing period, and indeed among all age groups, are invariably higher in ill-fed than well-fed populations. Recovery from disease is more prolonged when the diet is  defective. Countries which consume the best diets have the lowest rates of mortality and the highest expectation of life.
Thirdly, there are various common diseases, such as tuberculosis, which are directly associated with lowered resistance caused by malnutrition.
Finally, there are a number of food-deficiency diseases, i.e. diseases directly due to lack of specific nutrients in the diet, which are prevalent in various parts of the world and lead to much unnecessary suffering since they are preventible but not  prevented… On the positive side, there is  much evidence of the general improvement of health and physique which can be produced by the improvement of diets, and there are also striking examples of the successful prevention of deficiency diseases by  appropriate measures. Maternal and infant mortality can be, and has been, reduced by dietary means. In many of the poorer countries, deaths
from tuberculosis number from 150 to 250 a hundred thousand, while among better-fed populations the mortality from this scourge has been reduced to 30 or 40 a hundred thousand.
N u t r i t i o n , t h e r e f o r e , b e c o m e  a  p r i m a r y  c o n c e r n  o f
governments everywhere… Successes already achieved provide abundant hope for the future. But what has already been done is little in comparison with the tasks ahead. To paraphrase the words of the Mixed  Committee on Nutrition of the League of Nations, written in 1937: The application of modern knowledge about nutrition has only just begun; it is opening up entirely new perspectives for the improvement of human welfare.“

Sinclair was arguably misdirected in considering that animal saturated fats were a significant health issue, but was correct in surmising that heavily processed fats were a factor in ill-health.

The publication of the lectures was organised by Dr Strigner a former Chair and long term supporter of the Society.